Quick and Easy Cinnamon Rolls! It’s the sweet breakfast we’re all looking for this holiday season. Made simply with only a handful of ingredients, requires no yeast, and is ready in 1 hour or LESS! Oh, yes. It simply doesn’t get any better than this. A buttery, soft, and fluffy dough swirled with cinnamon sugar, baked to golden brown perfection, and served while still a little warm. Each roll is frosted generously with a simple vanilla and cinnamon icing that just melts into these indulgent pastries. Serve on Christmas morning, New Years Day, Easter, Mother’s or Father’s day, and every holiday in-between! These easy cinnamon rolls are guaranteed to be your new go-to bake for whenever you need (or crave!) a classic cinnamon roll, but don’t want to wait hours for a fresh batch to come out of the oven.

→ This post is also available as a Web Story: No Yeast Cinnamon Rolls

I don’t even know how this is possible. Even with all the posts counting down to Christmas, it has gotten here so quickly! We still have SO many Christmas recipe ideas that we wanted to share, but I guess they’ll have to wait until next year.

When my mom and I looked at the calendar last week, we had a game plan in mind. Two recipes a day to count down to Christmas. Well, we weren’t expecting as many hiccups as we’ve had the past week, but we got through it! We shared at least two additional recipes that are SO. GOOD. And I’m glad we were able to get them up. I just wish you all could’ve seen the recipes that didn’t work! They were sooooo good, but we were in such a time crunch, nothing was working.

But, what did work were these no yeast cinnamon rolls!

Which, totally took us by surprise. My mom had this idea standing in the middle of the checkout line at the grocery store. So, we got home, figured out how to make it, tested it, and…it worked! First try! Which, is a good thing, too. The whole pan was gone within 30 minutes of us taking them out of the oven.

Every bite of these rolls are soft, fluffy, cinnamon-y, and perfectly sweet. Trust me when I say these are the BEST no yeast cinnamon rolls around! Between you and me though, it’s cinnamon and vanilla icing that really makes these rolls as good as they are. Once the icing just kinda just melts into the rolls…ohmygosh. It’s just roll your eyes back delicious!

Reasons To Make These No Yeast Cinnamon Rolls

How To Make Cinnamon Rolls Without Yeast

In a large bowl, whisk together flour, sugar, baking powder, and salt.

In a medium bowl, whisk together milk, egg, and vanilla.

Pour the wet ingredients over flour mixture and mix well.

Combine cinnamon and sugar in a bowl. Mix well and set aside.

Turn out onto a floured surface and roll into a 12 by 18 inch rectangle.

Pour melted butter over dough and spread all the way to edges.

Using a sharp knife, cut into 1 1/2″ rolls and place on prepared pan.

Drizzle over the top of the warm rolls.

There’s actually a lot of difference between the two. Cinnamon rolls made with yeast are an enriched sweet dough, which provides the sweet and fluffy bread we all associate with a delicious cinnamon roll. These no yeast cinnamon rolls are much more like a sweet biscuit (or scone!). So, while they don’t have the same consistency as a traditional cinnamon roll, they are still very light and fluffy…like our buttermilk biscuits!

Though, with these cinnamon rolls, I highly recommend an icing as these can tend to run a little dry.

Once these rolls have been baked and have cooled, you can store them in either the fridge for about 3-5 days or freezer for up to 2 months! To reheat, you can simply just place a cinnamon roll in the microwave and reheat until warmed all the way through. You can also put a batch of covered, un-iced cinnamon rolls in a low temperature oven and bake until just warmed all the way through.

When you make these Quick and Easy Cinnamon Rolls with Cinnamon Icing, leave a comment down below! We love hearing from you and answering any questions you might have! Also, be sure to tag us on social media and hashtag it #BakersTable. 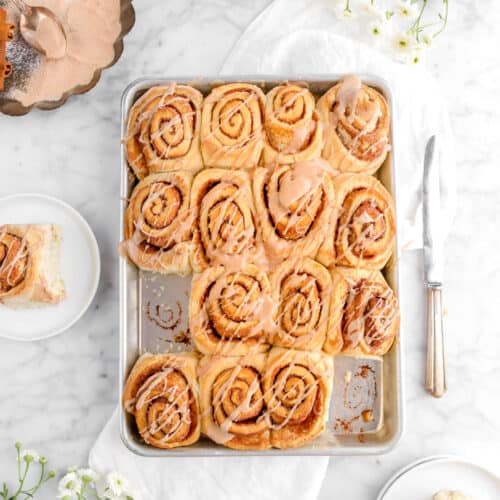 Quick and Easy Cinnamon Rolls with Cinnamon Icing (No Yeast!)

When you make this recipe, remember to tag @abakers_table or hashtag it #BakersTable! 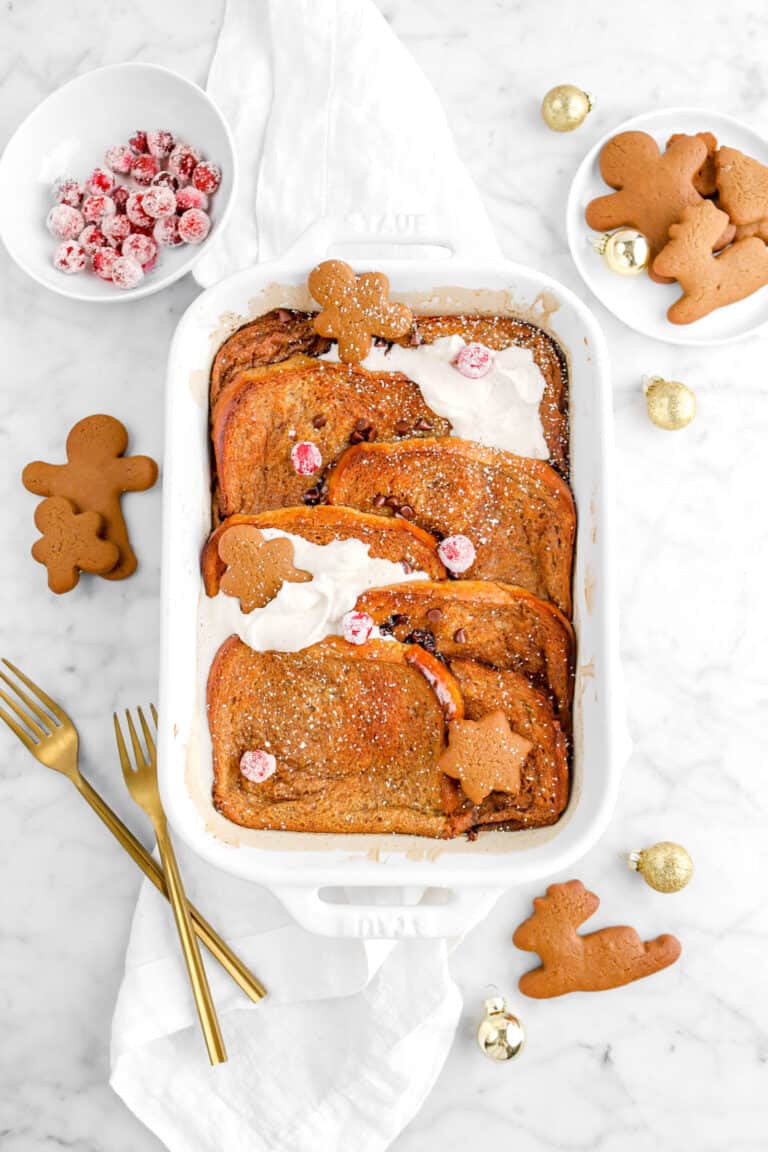